Tailgating is simply the pre-party just before a big (or unremarkable) football game. It is a massive event where the fans gather around, onsite of a field or stadium for a celebration party with the precise time being subject to the game time.
Typically, tailgating events can range from simple activities like getting together to share a beer just before a game, to elaborate rituals marked by region-specific dishes.
Usually, these tailgating events are as eccentric and wild as the fan base. Here, we have compiled a list of 10 special college football tailgating traditions that demonstrate why the pre-party is much more than a typical beer fest! Now… on to the Ten Football Tailgating Traditions:

At Ole Miss, Football goes beyond just the game: its religion! Therefore, it is not any surprise that this institution is home to fantastic tailgating tradition-the Walk of Champions!
Typically, this tradition involves the football team of the Ole Miss institution walking through the middle of the ‘Groove,’ an area located at the hub of the college campus, and which can accommodate about 25000 screaming fans.
Before any home game, the Ole Miss Football team parts the seas within the Groove to spectacularly parade into the stadium, all while the fans of the home team go wild in the crowd.

When it comes to real estate, location is everything! As for tailgating, however, it is all about the food! Essentially, arguably no institution demonstrates this better if not LSU.

Typically, it appears as though all tailgates within the Baton Rouge are well seasoned and planned with virtually everything from crawfish to ponce and jambalaya. Ensure that you come hungry, since there is always ample food for seconds, down to fourths.

Each year, the Florida Gators and Georgia Bulldogs go head to head in perhaps the biggest college football rivalries. For a competition that started as back as 1933 and which is played in Jacksonville, the catch goes beyond the players demolishing their opponents and is highlighted by the fans drinking up in what is arguably the ‘Largest Cocktail Party in the World.’

Ever heard of boat-gating? Well, according to a tailgating article, one of the popular online essay writing help services- Essay on time; his is a tailgating ritual that is popular in the University of Tennessee. Established in 1962, the distinct Vol Navy Association started running boats down the river between the stadium and the boathouse, therefore meaning that you need not pick between tailgating and water sports-it is known as tailgating.
Among the wildest teams within the NCAA is the unmistakable Tennessee Vols. Their exclusive stadium, Neyland Stadium, which borders the famous Tennessee River, allows their fans to exploit it fully.
While other institutions work well with green spaces or parking lots, the Tennessee River effectively allows you to tailgate on the water as well as on the road.

Are you looking for something slightly more devious? If so, then you need to stick around after the Auburn game. While tailgating usually occurs at the beginning of the game, Auburn wins comprise toilet-papering Toomer’s Corner.
While the Tigers don’t really like this tradition, it is, however, potentially under threat since the trees around this property have grown sick.

Popularly known as Tightwad Hill by the Golden Bears fans, this famous viewing and tailgating venue is distinctive to California University. Just beyond the east side from the California Memorial Stadium is the exclusive relatively small foothill that affords a fantastic-and FREE-view of the California games every Saturday. In fact, for close to a century now, alumni, faculty, and students alike have climbed the ‘Charter Hill’ to delight in this remarkable game-day tradition.

7) All Aboard South Carolina’s Cockaboose

South Carolina Gamecocks are definitely a force to reckon with when it comes to partying.
While other teams usually gather in trucks or under tents, lucky Gamecocks students usually hold court in train cabooses. Every car is 270 sq. Feet and is maintained by an exclusive private association who purchased the rail cars precisely, hoping to build a party spot.
The outcome is a blend of luxury and football unknown to many other institutions.

The Florida State tailgating tradition is rather bizarre but utterly distinct from its peers. While other schools typically organize parties, Florida State puts together an exclusive tailgating funeral after every significant Seminoles win, especially on the road, the team celebrates it by taking a piece of the turf from their defeated opponents and sends it back to Tallahassee.
The sod finally ends up in its final resting spot: the Florida State Sod Cemetery.

9) Harvard vs. Yale-Wine and Cheese

Arguably one of the most significant annual college football events, especially for the alums, is the Harvard-Yale game. As expected, Harvard tailgates quite differently. As opposed to beers and BBQs, the distinct Harvard-Yale contests are marked by a fantastic cheese plate with several wine bottles.

Madison, Wisconsin, is among the best American college towns. It is the ideal backdrop for a tailgate featuring among the most exquisite local cuisine: brats and beers.

Conclusion:
If you literally didn’t know any better, you may well believe that half of the fun of being a dedicated football fanatic is tailgating! After all, it is more than an excuse to merry and party. Nonetheless, tailgating is a fantastic way to not only bring the fans together but also encourage them to celebrate, their team, institution, as well as themselves. 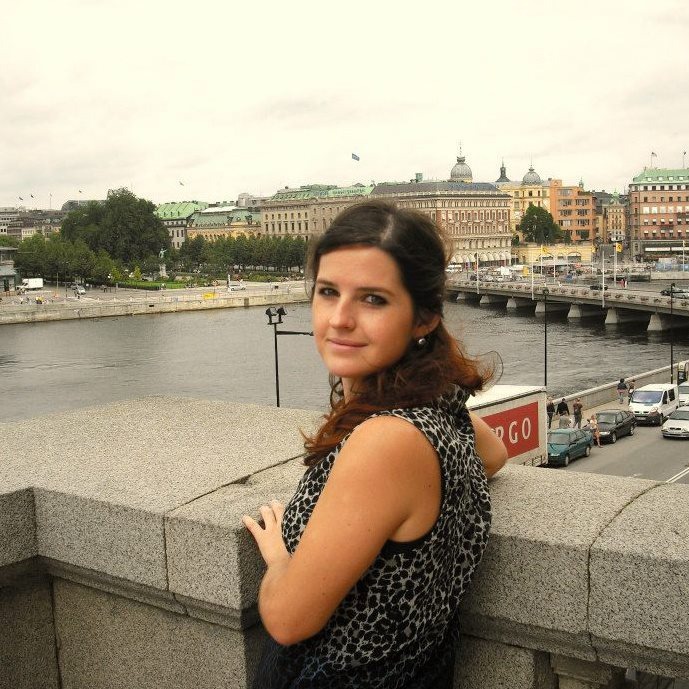 Sandra Larson is a renowned freelance writer and journalist. She emphasizes the importance of good content and tries to improve people’s perception of the profession of a writer by explaining its complexity.

Oh… and as long as you are here, you might also enjoy the following related topics:
Beef Recipes | Tailgating Checklist | Smoker Recipes |  More Tailgating Tips

*PLEASE NOTE: TailgateMaster.com DOES NOT receive any sort of payment-for-clicks for referring you to products or that we review. We share stuff we like… ’cause we have tried it aaaaaand we liked it.  🙂 If you find this information useful, please consider sharing our site with others (Seriously… we really appreciate it and it encourages us to do even more).  We have included some handy social media buttons to make it easy for you…. isn’t that swell of us?
OH, and if you feel like buying us a beer… well… we probably wouldn’t turn it down. 😉

Sandra Larson is a renowned freelance writer and journalist. She emphasizes the importance of good content and tries to improve people’s perception of the profession of a writer by explaining its complexity.