As Seen in the Daily Journal

The founder of TailgateMaster.com, Scott “Admiral BigGun” Backstrom was spotted with Minnesota Vikings legend, and NFL Pro football hall-of-famer, not to mention, retired Minnesota Supreme Court Justice, Alan Page as he was attending a speaking event in Otter Tail County, Minnesota. Page’s appearance was sponsored by the M State Office of Diversity and Inclusion, Fergus Area College Foundation…. and he was Fantastic!

Page talked about the importance of education in his life. At the end of the speech, Page had a meet and greet, and autograph signing where the following photograph (below) was captured by a Daily Journal photographer. 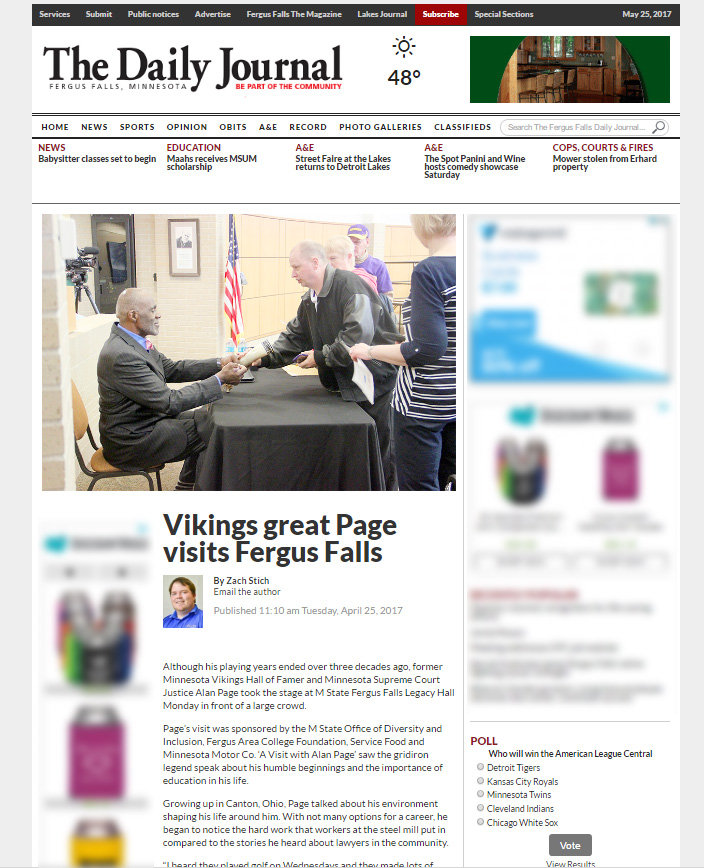 Page was a special assistant attorney general before he was elected to the Minnesota Supreme Court in 1992, the first African American on the court. First reelected in 1998, he was the biggest vote-getter in Minnesota history. He served on the highest court in Minnesota until he reached the mandatory retirement age of 70 in 2015.

Page was first known by Minnesotans, though, as one of the Minnesota Vikings’ “Purple People Eaters,” the nickname for the team’s defensive line in the late 1960s through the 70s. In the midst of his professional football career, he graduated from the University of Minnesota Law School in 1978.

He played for the Vikings from 1967 through 1978 and for the Chicago Bears from 1978 through 1981, earning All-Pro honors six times. Page was selected for nine consecutive Pro Bowls and in 1971 was the NFL’s Most Valuable Player. In 1988 he was inducted into the Pro Football Hall of Fame.

Alan’s deep and abiding belief in the importance of education did not stop with his own success. Recognizing a need for our education system to reach more young people of color, he used his 1988 induction into the NFL Hall of Fame to launch the Page Education Foundation with his wife Diane.

Backstrom said;
“I wasn’t actually interviewed by the Journal or anything… in fact the only reason we posted this story was to point out what a fantastic person Alan Page is and also what a unique organization the Page Foundation is. We are hoping to provide encouragement for the readers of Tailgate Master to donate to them if they can. Thanks for taking the time and I hope you consider helping out. SKOL !” 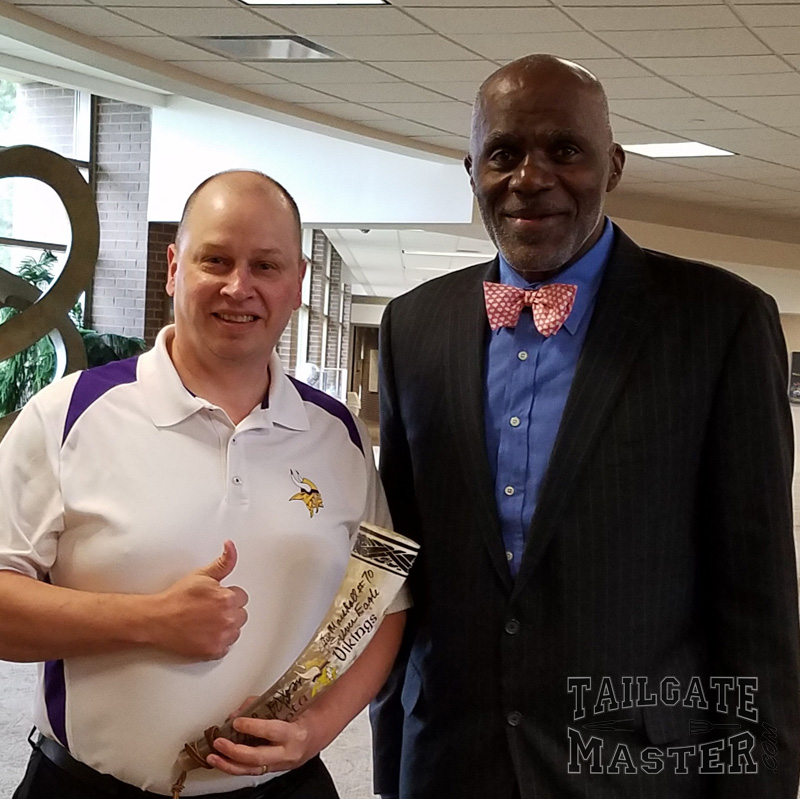 You can find out more about the Page foundation here: https://www.page-ed.org/