Beer pong is a traditional tailgating drinking game in which players throw a ping pong ball across a table with the intent of landing the ball in a cup (normally filled with beer) on the other end.

The game consists of opposing teams of two (or more) players per side with 6 or 10 cups set up in a triangle formation on each side. Each team then takes turns attempting to throw ping pong balls into the opponent’s cups. If a ball lands in a cup, the contents of that cup are consumed by the rival team and the cup is then removed from the table. The first team to eliminate all of the opponent’s cups is the winner. 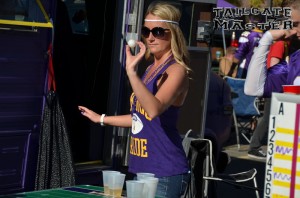 Teams
Beer pong is usually played with two teams of two to four players each. Each team begins the game by standing at either end of the table behind their rack of cups.

Playing field
The game is typically played on either a ping pong table or a folding tailgating table. You may even want to create a custom table based off you favorite team. In reality… the game can be played on any flat surface.

Equipment
The most common cups used are 18-US-fluid-ounce disposable plastic cups (aka Red Solo cups) with ridge-lines which are very helpful when measuring the amount of beer to be poured into each cup. Teams assemble equilateral triangles on each side of the table with one point aiming towards the rival team. Games typically use ten cups. Each team usually has a separate cup of water used to rinse off the ball.

Alcohol
Beer is the preferred drink of choice, but… if all parties agree, other types of Liquors (or even non-alcohol drinks such as root beer) may certainly be substituted. For sanitary reasons, the game may also be played with cups of water that players do not drink from, instead they may drink from a separate cup of beer or alcohol. 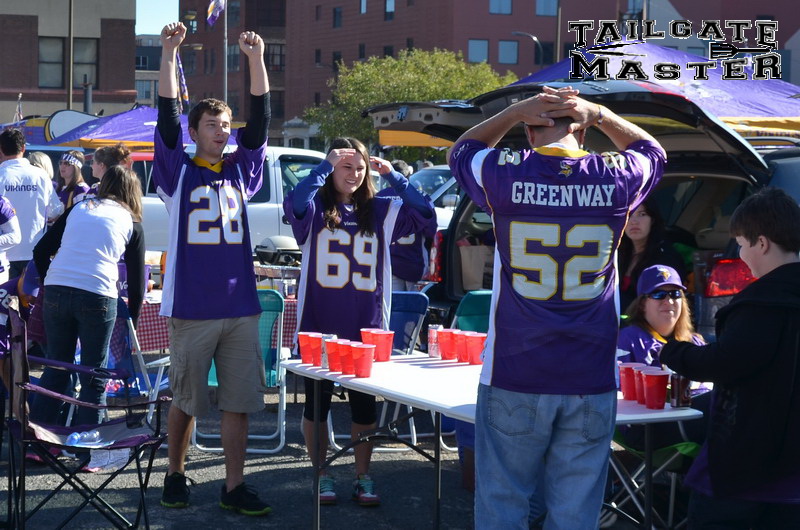 Traditionally, the game of beer pong has been played by countless variations of rule sets. In recent years, several organizations have put forth “official” rules. Typically, however, players abide by a uniform set of “lot rules” which are often consistent within one university, team or region of the country. Number of cups used, bouncing, re-racking, amount of alcohol, type of beer, distance shots must be taken from, etc. may all vary. All house rules should be posted or verbally stated and understood by both teams before the game starts. Changing rules, or announcing new rules during the game is not permitted.

Before shooting, teams may choose to dunk the ping pong balls into cups of water in order to rinse them.

The order of play varies – both players on one team can shoot, followed by both players on the other team, or players on opposite teams can alternate back and forth. A cup that is made must immediately have its contents drunk and be removed from play.

Distracting the rival team while shooting (such as one side showing perhaps a bit too much cleavage) is not only acceptable, but actually encouraged as part of the game… that is, as long as the distraction does not actually block the shot.

Some rule sets allow for “re-racking”, which is a rearrangement of a team’s remaining cups after some have been removed. The formations, number of cups, when to rearrange and so on, depend on the rule set. For example, a team with three remaining cups may ask the other team to “re-rack” the cups into a single triangle formation.

Common house rules allow players to ‘finger’ or blow the ball out of the cup if the ball spins around the inner rim.

Another common house rule states that if a team makes both shots during their turn, a ‘rollback’ occurs allowing each player to shoot again.

Shot techniques
There are three common ways to shoot in beer pong: the arc, the snipe (also known as the fastball) and the bounce shot. The most common throwing technique is the arc shot, where one grasps the ping pong ball with the tips of the thumb and forefinger.

Some players throw “fastball” style which uses more of a hard chopping motion to send the ball in a more direct line toward the intended target cup. A fastball shot may be favorable if house rules dictate that a cup knocked over is removed from the table, in which case a fastball can eliminate multiple cups if thrown hard enough.

A bounce shot is performed by bouncing the ball towards the cups. The other team has the opportunity to swat away a bounced ball, after it hits the table, however, if a bounced ball finds the target, two cups (instead of one) are removed from the field of play. 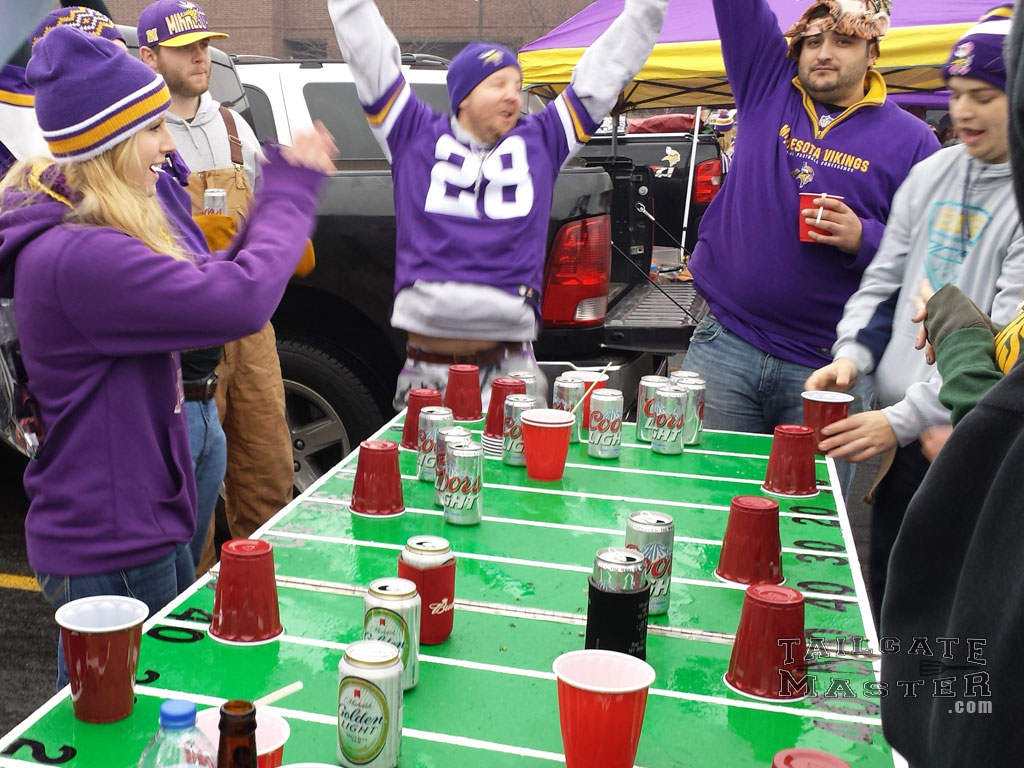 If a team makes their last cup, the other team loses unless they can make all of their remaining cups; this is called a rebuttal or redemption. If the losing team can hit their redemption shots, then the game is forced into overtime where three cups are used instead of the normal ten cups.

The Best Butt Roast in the Smoker