When we first saw the FanMug*, we knew that this was going to be one of those products that we had to get a closer look at so we could do a proper unbiased review to share with you… and I have to say, we were not disappointed.

The first thing we noticed was how ever-loving seriously freaking cool it was. I mean look at it… no really… LOOK AT IT! It’s a football helmet, that is also a drink holder. Seriously.

On a scale of Cool Tailgating Ideas:

this product ranks as: BRILLIANT! 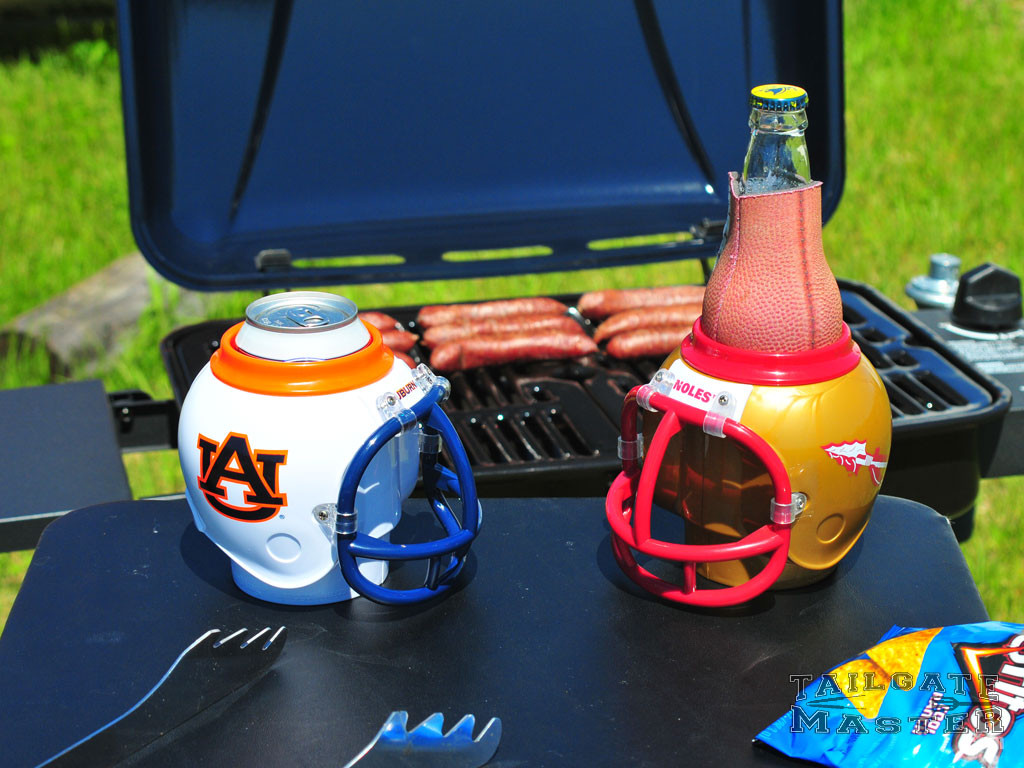 I can feel a college tailgate battle about to happen.

After unwrapping it from the shipping package we noticed that grabbing it by the mask or even the helmet itself is really quite comfortable in the hand. You would think it might be awkward… kinda like: inviting that shy cute girl with the sweet pom poms over to have a brat at your tailgate but you are worried she will just freak out on you like all the others when you talk to her because she’s secretly a militant vegan who will throw a drink right in your face because she believes YOU ARE REALLY A CRUEL HEARTLESS BABY ANIMAL MURDERER!!!! Ahem, sorry. Um… not that I would personally even remotely know how someone in that situation feels.

What I can tell you is … that it is TOTALLY NOT LIKE THAT!!

It’s a lot more like: Your eyes meet hers… she walks over to your 25,000 BTU grill, winks, then tells you she thinks you are pretty darn cute, as well as a seriously snappy dresser and really appreciates the size of your tongs and the way you handle your meat. (What? WUT? No…wait… I meant your meat on your grill!, Obliviously… WOW! Get your mind out of the gutter.. sheeesh people! )

Let’s try to focus, shall we? 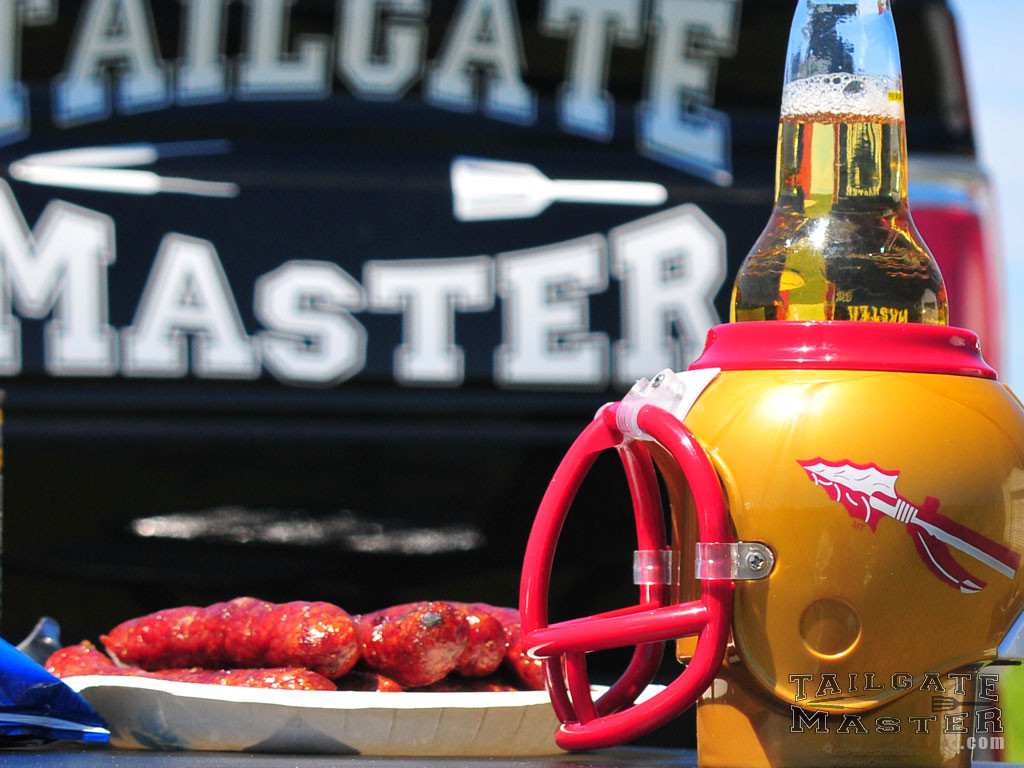 “Brats and Beer” go together like “Money and Gone”

The quality of construction of the FanMug is very tight. The colors are pretty darn impressive and the attention to detail is really good considering this is something you are drinking out of and not an actual scale replica of a pro football helmet. Look at how they have all the little details on the back of the helmet like the striping and the raised “padding” that holds the team name. 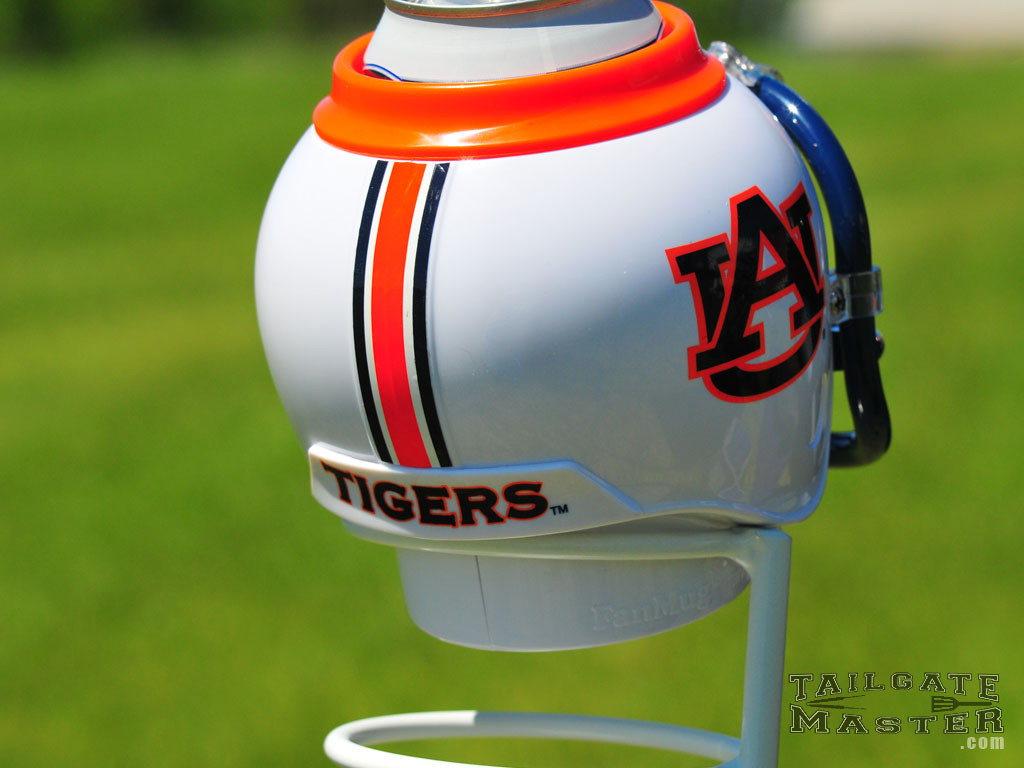 There are several NCAA & NFL teams for you to choose from. Here is the complete list of available teams at the time of this review: 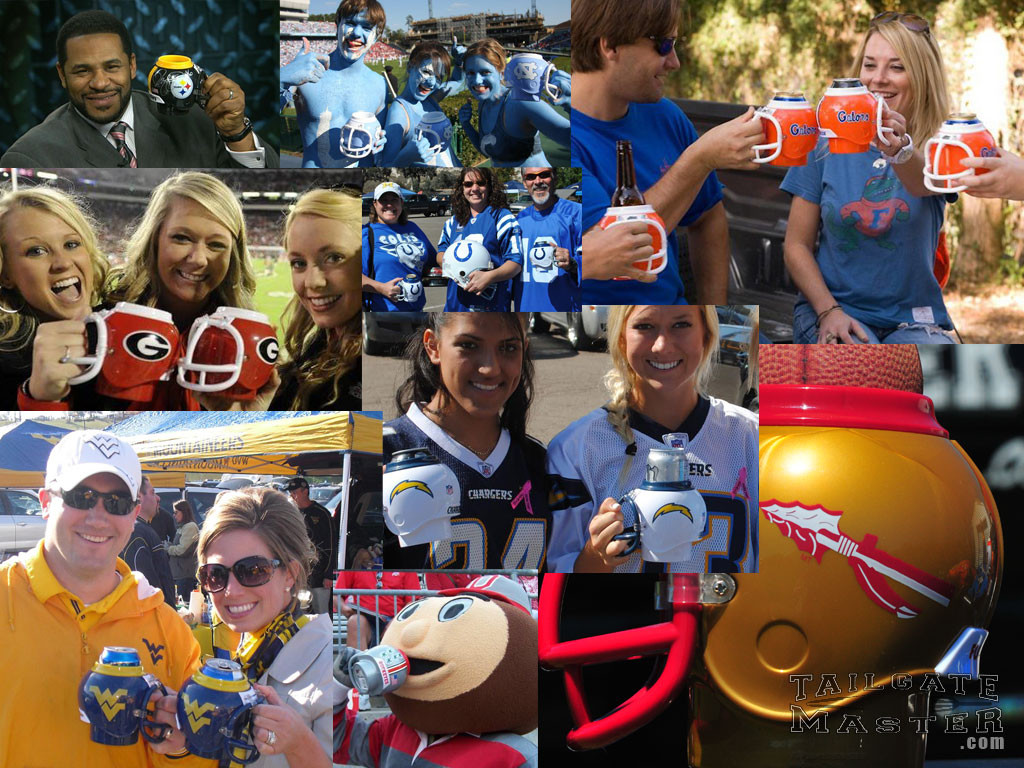 Don’t see your team? You can request it to be added.*

The plastic insert that slides into the top of the FanMug is removable (13.5 oz cup) and perfectly holds a regular 12 oz. can (or a bottle or even a bottle with a coozie) or, simply pour your drink directly into it. The insert is also dishwasher and microwave safe (not sure why you would bring a dishwasher or microwave to a tailgate… but i try really hard not to judge what your particular pregame actives include).

We had the opportunity to view and try out a few different FanMugs.*   Now, I personally have absolutely no alliance to the University of Auburn Tigers, but i have to say, if I am being completely and totally honest… after seeing how sweet this FanMug helmet is… it kinda sorta makes me want to cheer for the Tigers.

No, really! That’s how cool these things are. 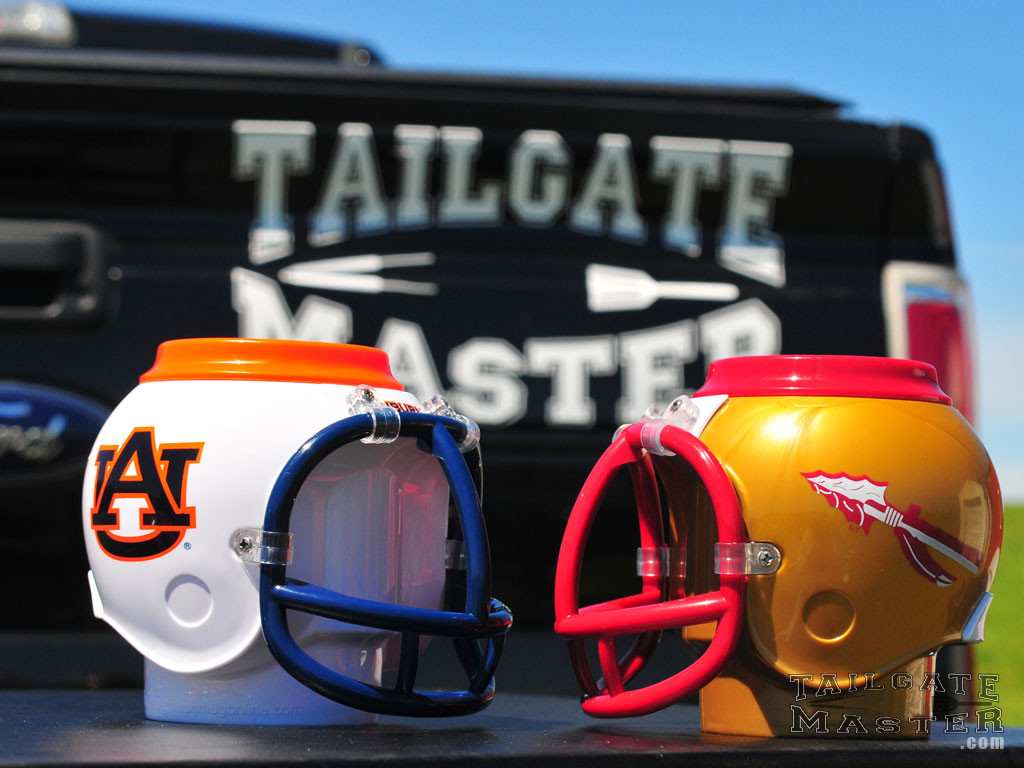 FanMug gets a BigGun Thumbs Up!

FanMug* was developed by Columbus, Ohio television sportscaster, Doug Lessells. As someone who has made a career out of watching football games (tough job but somebody has to do it), Doug knows what it takes to cheer on his team in style.

Doug selflessly dedicated the past three football seasons to a rigorous Research & Development process necessary to perfect FanMug. Sacrificing yard work and home improvement projects, Doug spent countless hours attending tailgates, watching football games and drinking beverages. “Sure it was hard work,” said Lessells, “but I’d do it again for the good of the fans. After all, there’s no ‘I’ in FanMug.”

FanMug is the FIRST and ONLY combined mug and can cooler in one. It is also a bottle cooler, desk caddy and fun collectible. The face-mask is the handle, and the 13.5 oz. removable cup is dishwasher safe and BPA-free.

You can learn more about FanMug here: http://www.FanMug.com
Their Facebook page is located at: Facebook.com/FanMug