Tailgating starting in May????

Consider this your official invite!
Come join us tailgating at all the home games this season!! 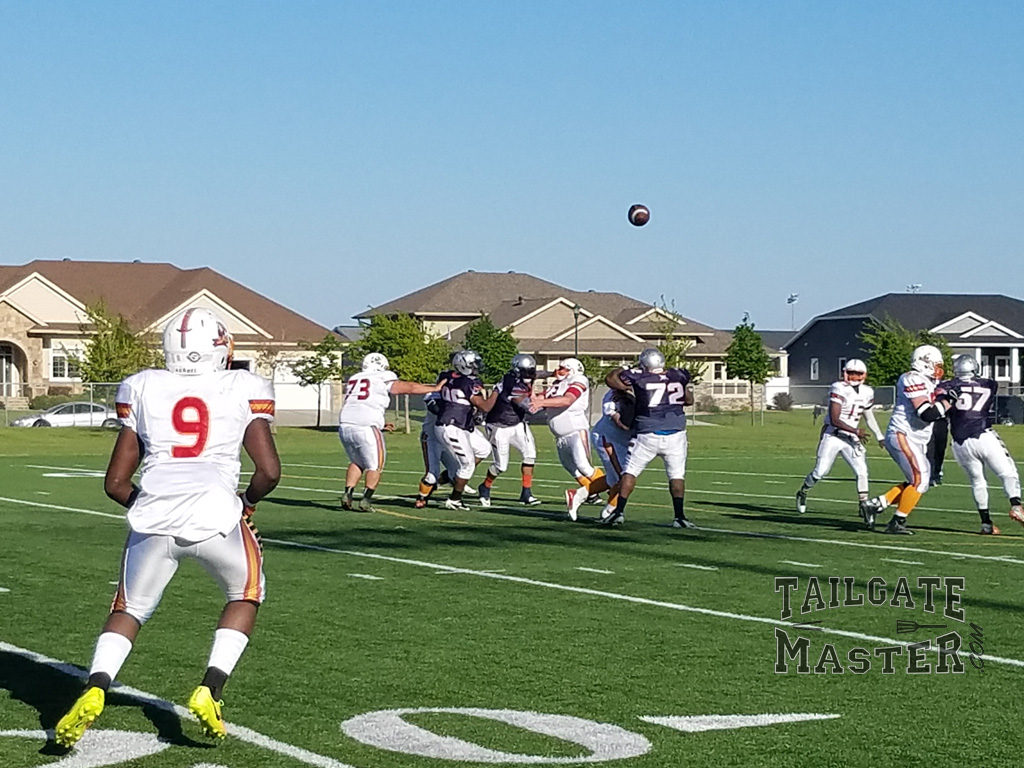 Tailgate Master is proud to announce that we are an
official sponsor of the 2017 Fargo Invaders. 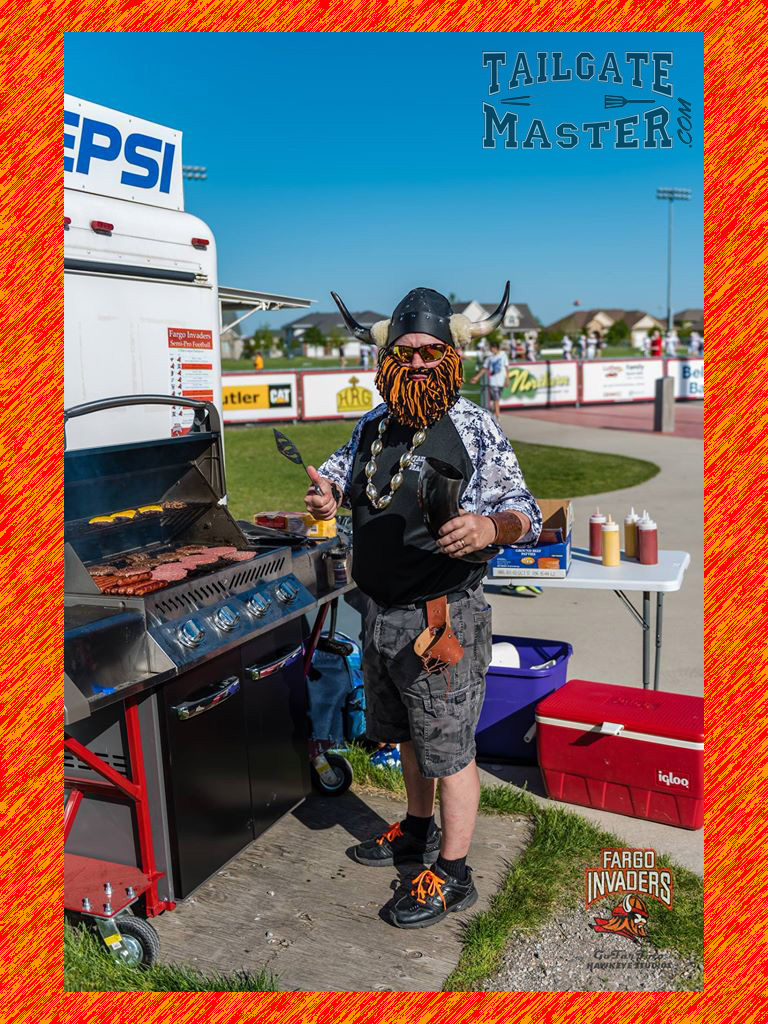 Get your photo taken with Admiral BigGun!

Join us at the next home game at Sid Cichy Stadium – Shanley High School in Fargo, ND (map to location)

The East Conference is home to the Northland Bulls, formerly the North Bank Bulls, along with NEFL runners-up Chippewa Valley Predators, the Hudson Thunderhawks, the Fox Valley Force and the River City Rough Riders. 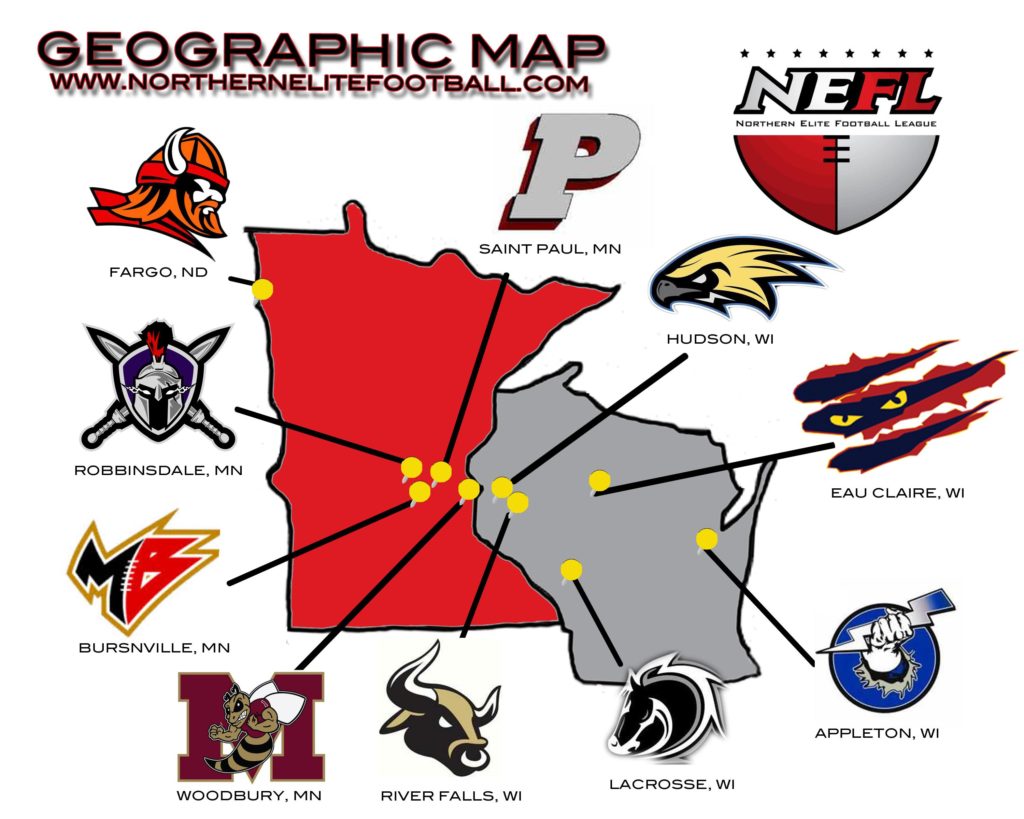 The Invaders adopted their name and logo in October 2013 and wear uniform colors similar to the old “Dreamcicle” orange of the Tampa Bay Buccaneers. They have been members of the Midwest Premier Football League (later renamed Northern States Football League) and played their first game in May 2014 – a 49-0 win.
Since then, they have enjoyed tremendous growth and success. In 2016, the Invaders captured their second championship in three seasons and completed a perfect season.

The Invaders’ roster is filled with players from North Dakota State University, Minnesota State University-Moorhead and Concordia College (Moorhead). They have a large and loyal fan base and all their games are broadcast on Ken’s FM Listen Live and 89.1 FM in the Fargo area.

As Seen in the Daily Journal

Scott "Admiral BigGun" Backstrom is a tailgating fanatic, avid barbecue taster and semi-professional fist-bumper. He was recently selected as the featured "Griller Guy" in Tailgater Magazine and his expert tips have have been shared in multiple print and digital publications including MSN, Business Insider & CNN. When not cheering at the game or high-fiving people in the parking lot, he can most likely be found creating new ways of combining spices, bacon, beer and fire. Backstrom is the founder of TailgateMaster.com , a site site focusing on Fans, Food and Fun. TWITTER.com/Tailgate_Master FACEBOOK.com/TailgateMaster PINTREST.com/AdmiralBigGun INSTAGRAM.com/admiralbiggun