Thee Viking World Order, a well known group of Minnesota Vikings super-fans have added a couple of NFL legends to their growing ranks.

Jim “Iron Man” Marshall and Pro Football Hall of Fame player Carl “Moose” Eller were knighted into membership by non other than President Syd Davy (aka 100% Cheese Free) in the presence of many VWO members as well as a video crew that was there and is in the process of creating a new film highlighting super-fans of the NFL. Admiral BigGun of TailgateMaster.com was honored to be invited to witness and share in this historic event as it happened.

After the official ceremony, both Marshall and Eller hung out and tailgated with us for most of the afternoon at Camp Woodbridge. They shared stories, and photos with all the purple people who were able to attend.

Marshall knighted as his wife looks on.

Marshall played college football at THEE Ohio State University. After College He played for the Saskatchewan Roughriders of the Canadian Football League. He was then drafted in the 4th round of the 1960 NFL Draft by the Cleveland Browns. Marshall played the 1960 season with the Browns before being traded to the Minnesota Vikings Marshall then played from 1961 to 1979 with the Vikings and finished with a then-record 282 consecutive games. He started 270 consecutive games while playing for the Vikings, which earned him the nick name “Iron Man”.

Marshall also played in NFL Pro Bowls after the 1968 and 1969 NFL seasons. He recovered 30 fumbles during his professional carrier, still an NFL record. The Minnesota Vikings credit Marshall with 127 career quarterback sacks, second most in Viking History behind fellow new VWO member Eller. He is one of 11 players to have played in all four of the Vikings Super Bowl appearances in the 1970s. 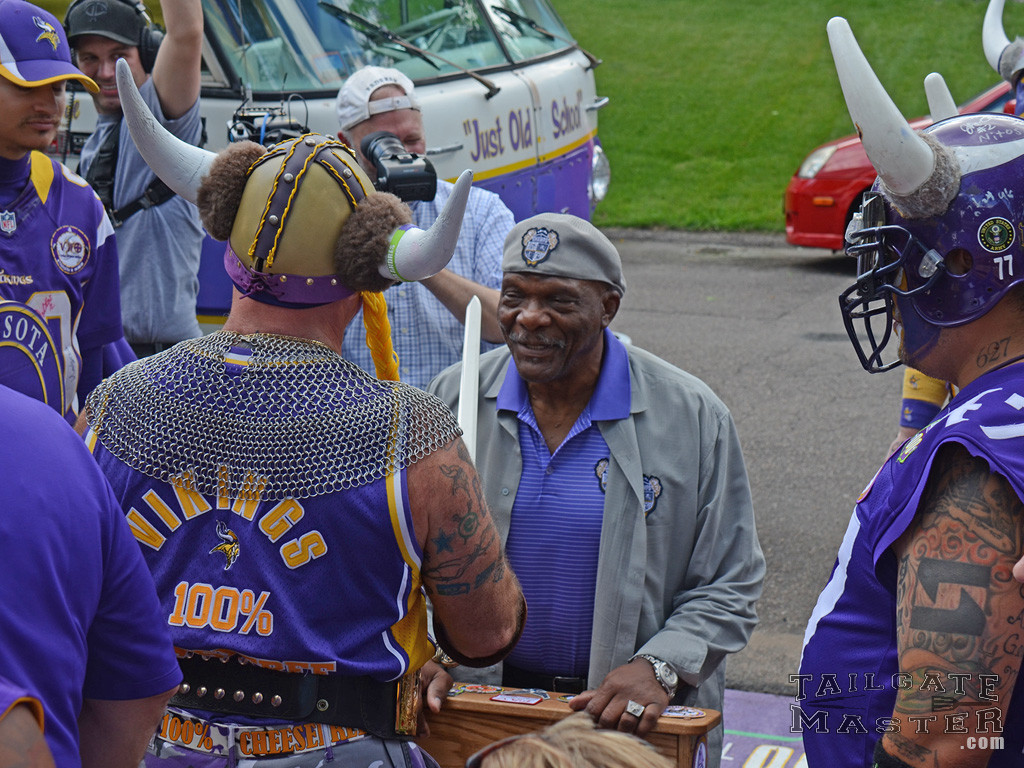 Carl Eller (SIR MOOSE) was also immediately granted “Five-Star General” status after he was sworn in.

Eller played college at the University of Minnesota and as a sophomore, he helped lead the Gophers to a Rose Bowl victory. While Eller shared the starting position as a sophomore he became a full-time, two-way player as a junior and senior and was voted All-America both years. During his time in college the Gophers were National Champions as well as Big Ten champions. Following each football season, the Carl Eller Award is given to the University of Minnesota’s Defensive Player of the Year. He was elected to the College Football Hall of Fame in 2006. 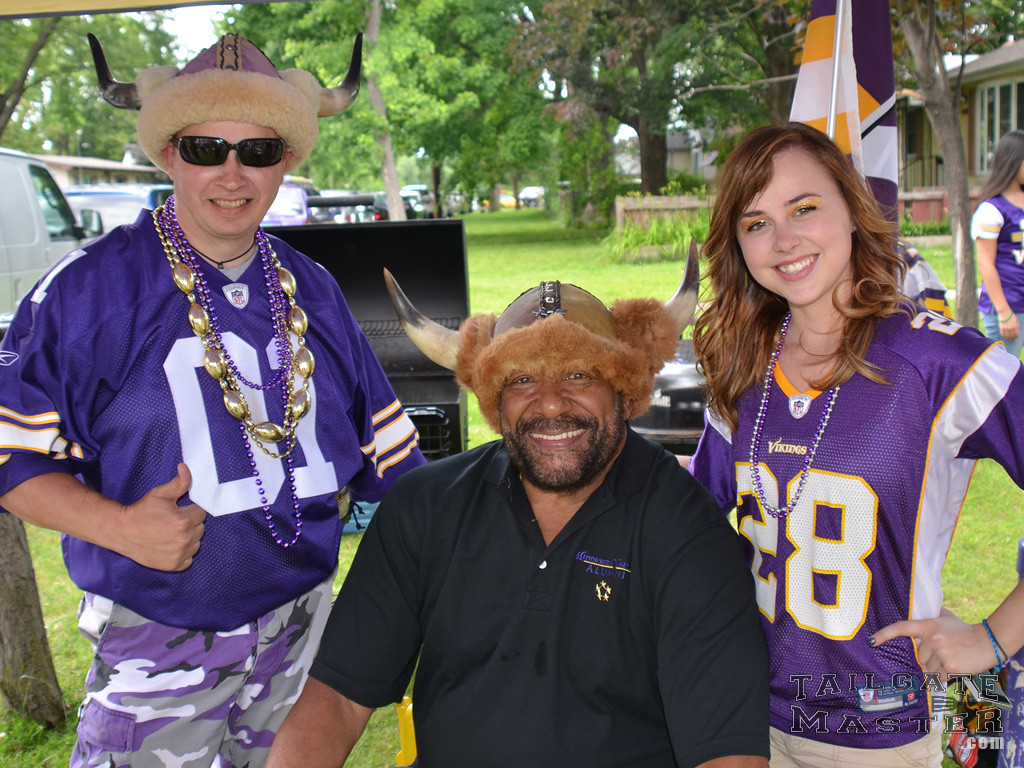 Thee Viking World Order (VWO) was founded in 1997 by the Legendary Syd Davy. He began “Knighting” other members into the Viking World Order in 2007, in order to assemble an army to lead the fight against the Minnesota Legislature to help the Vikings build support for a new stadium. Since then, the ranks of the VWO have grown with Knights from across the country and all walks of life, and the VWO was successful with the help of ALL Viking fans in helping get a stadium bill passed so our team has a new home worthy of respect and ensuring that the Vikings stay in Minnesota for future generations. 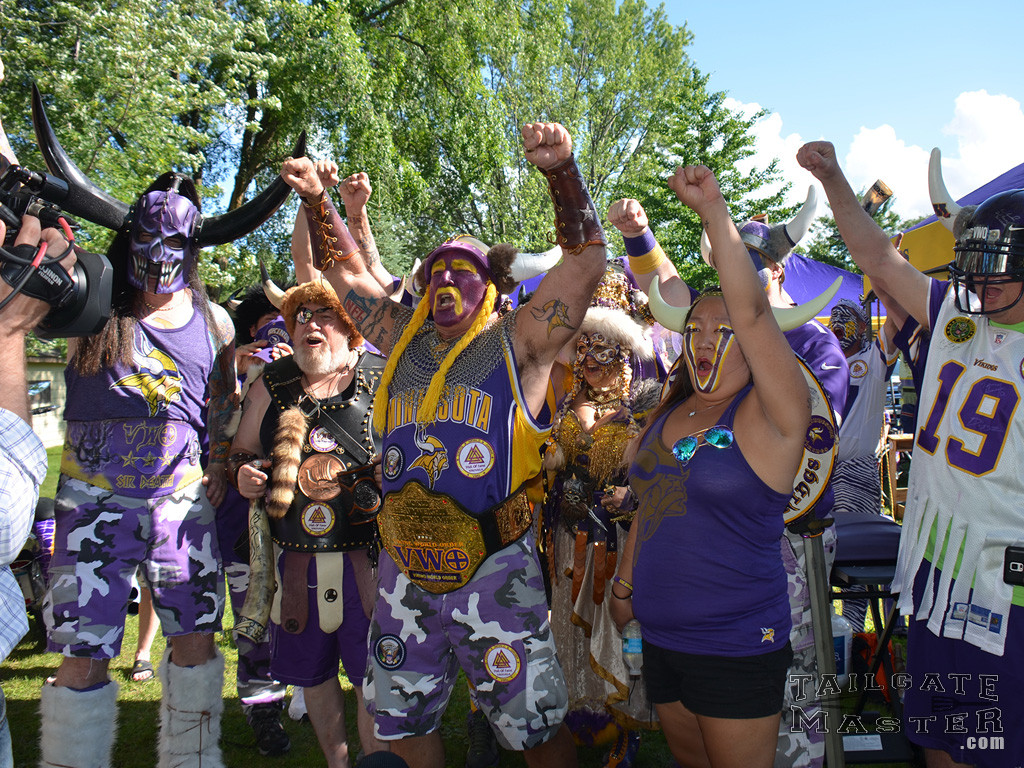 The VWO represent the Minnesota Vikings with integrity, pride, respect, loyalty and honor and are widely known one of the greatest groups of fans in the NFL.

BBQ Meatballs in the Slow Cooker

Deer Steaks on the Grill