The INVASION is Coming

The Fargo Invaders kick off the spring football season on Saturday, April 28th 2018 against the Minnesota Mudd Dawgs in a non-league game at their home field, Shanley High School in Fargo, ND. Tailgate Master (2017 Sponsor of the year) and our very own Admiral BigGun will be on hand grilling burgers and … ahem…Hot Dawgs.

This is the very first meeting of these two teams so expect the unexpected.

The Mudd Dawgs are a brand new addition to the Northern States Football League (NSFL) which was formerly known as the Midwest Premier Football League (MPFL), founded in 2011. The Invaders formerly played in this League winning two championships in thee years from 2014-2016.

The Invaders joined the Northern Elite Football League (NEFL) last year and fell just short of making it to the title game. The NEFL has developed into one of the premier Adult Amateur Semi-Pro Leagues in the entire nation, boasting teams that have won over 18 championships from various leagues to all come together to form the NEFL.

This event is a BLAST for the whole family so bring the kiddos and get your photo taken with Admiral BigGun… you might even get a free High-Five! 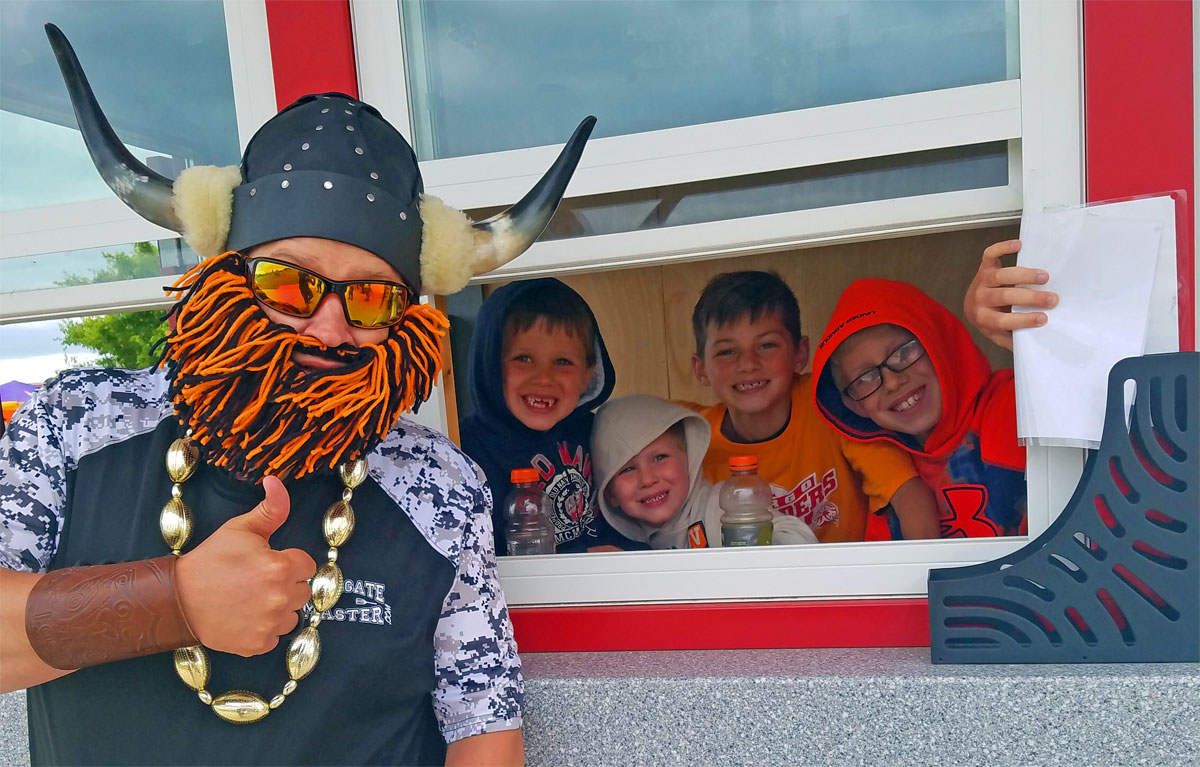 How Long to Grill Chicken Breasts

Scott "Admiral BigGun" Backstrom is a tailgating fanatic, avid barbecue taster and semi-professional fist-bumper. He was recently selected as the featured "Griller Guy" in Tailgater Magazine and his expert tips have have been shared in multiple print and digital publications including MSN, Business Insider & CNN. When not cheering at the game or high-fiving people in the parking lot, he can most likely be found creating new ways of combining spices, bacon, beer and fire. Backstrom is the founder of TailgateMaster.com , a site site focusing on Fans, Food and Fun. TWITTER.com/Tailgate_Master FACEBOOK.com/TailgateMaster PINTREST.com/AdmiralBigGun INSTAGRAM.com/admiralbiggun